What is the richest horse race in the world? It’s an intriguing question which we’ll look into in this article.

Read on to find out which are the biggest horse races in the world along with the largest prize purses in the industry.

Horse racing is a very popular sport in certain parts of the world. Whilst it’s popularity cannot compete with the likes of football and cricket, there are still millions of fans that tune in for the biggest horse races in the world.

You could argue that horse racing is a sport only for the wealthy. Horses are expensive animals that only moneyed families can afford to keep and look after.

Whilst horse racing fans come from all kinds of backgrounds, this certainly stands true when you look at some of the richest horse races in the world. There’s a ridiculous amount of prize money offered on some events with owners taking home millions.

There’s no doubt, a lot of this money comes from event sponsors in the gambling sector. As horse racing is one of the most popular sports for punters to bet on, the two go hand in hand.

So what are the richest horse races in the world?

We’ve created a list of the biggest races in the world in terms of the total prize purse on offer. The list would look slightly different if we ranked races in terms of number of spectators for example.

Let’s check them out.

If I asked you which city you think the richest horse race in the world takes place, many of you would probably guess Dubai.

Generally speaking, anything to do with Dubai involves stupendous amounts of money and the Dubai World Cup is no different. With the largest prize purse in the world of horse racing, this event easily takes the top spot in our list. 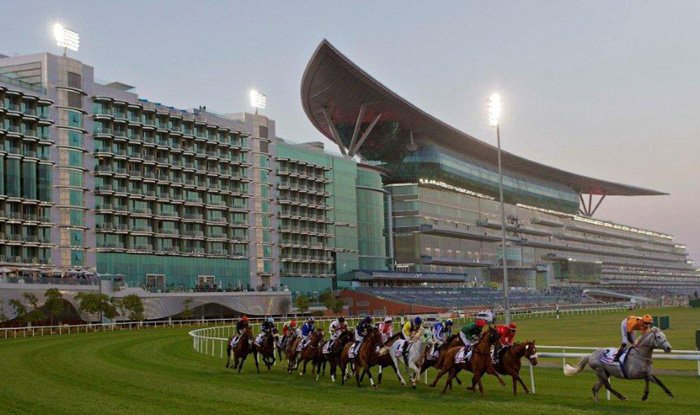 The event takes place each year in late March at the Meydan Racecourse in Dubai. The 2019 winner, Thunder Snow, took home a cool 7.2 million USD, with the overall prize purse an enormous 12 million USD.

For those of you who are wondering who owned the winning horse, it was actually the ruler of Dubai himself, Sheikh Mohammed bin Rashid Al Maktoum!

Spectators at the event have the option of staying in the five-star hotel located right beside the racecourse. However, the price of getting into the grandstand alone can be as much as $1,200 so you’ll need to save up…

Overall, the biggest horse race in the world will certainly take some beating in future years.

Whilst nothing can compare to the whole spectacle that is the Dubai World Cup, we move to the US and the Breeders’ Cup Classic which is another big horse race in the year. 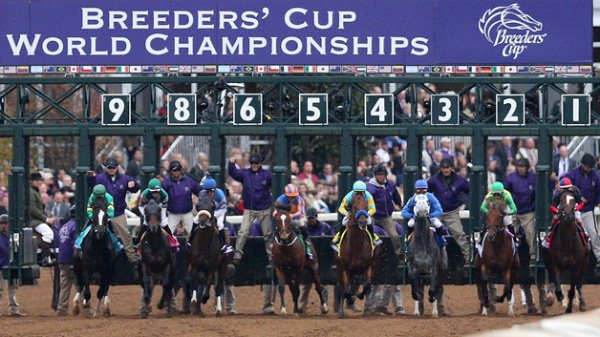 Second, on our list of the richest horse races, the Breeders’ Cup Classic takes place annually in the US. The event is held in late October or early November and moves to different racetracks each year.

The 2018 instalment was watched by an impressive 70,000 spectators in Louisville, Kentucky and had a cool prize purse of 6 million USD.

With a prize purse of £4.5 million, the Prix de l’Arc de Triomphe is an incredibly popular horse racing event in France that makes it third onto our list of richest horse races in the world. 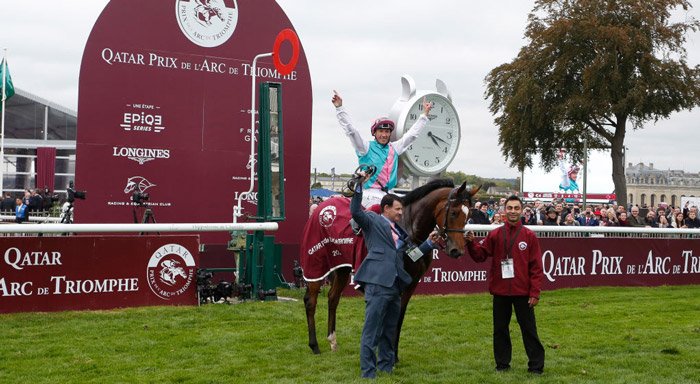 Taking place annually on the first Sunday of October, the event is held at Longchamp Racecourse in Paris which dates back to 1857. Around 45,000 spectators descend on Paris each year to watch the event.

The winner of both the 2017 and 2018 races, Enable, just lost out to Waldgeist earlier this month.

Dating back to 1861, the Melbourne Cup is the biggest and most popular horse racing event in Australia. You guessed it, the event takes place in Melbourne each year in early November.

The Flemington Racecourse in Melbourne, Victoria is home to the Melbourne Cup. The 2018 winning horse, Cross Counter took home $4 million from a total prize pot of $7.3 million. 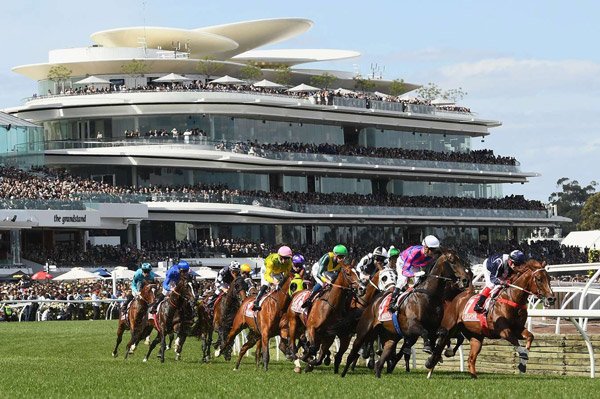 Organisers have gone one step further this year with the 2019 prize purse rising to $8 million equating to £4.45 million GBP.

The event is a popular day out for many Australians and it’s renowned for its party atmosphere. More than 100,000 spectators attend the race each year making the Melbourne Cup one of the biggest horse races in the world in terms of number of fans.

The Kentucky Derby is an annual horse race that takes place in Louisville, Kentucky. The event happens on the first Saturday of May at Churchill Downs Racecourse and concludes the two week long Kentucky Derby Festival. 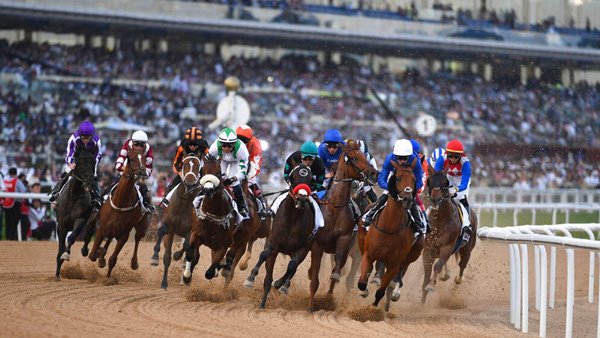 Over 150,000 spectators watch the event live within the grandstands. Unlike other races in this list, the Kentucky Derby takes place on dirt as opposed to grass.

The oldest horserace on our list, dating back to 1780, the Epsom Derby certainly has a lot of heritage. It’s also the richest horse race in the UK with a prize purse of just £1.6 million. Quite small when you compare it to others on the list. 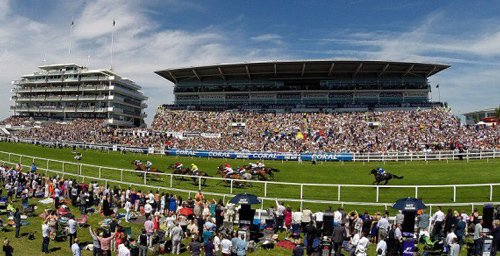 The event takes place at the Epsom Downs Racecourse in Surrey, London on the first Saturday of June each year.

Certainly one of the biggest horse races in the world, the Grand National takes place at Aintree Racecourse, Liverpool in early April.

However, the prize money has remained relatively low when compared to other races around the world. Having said that, it’s still the second richest horse race in the UK. 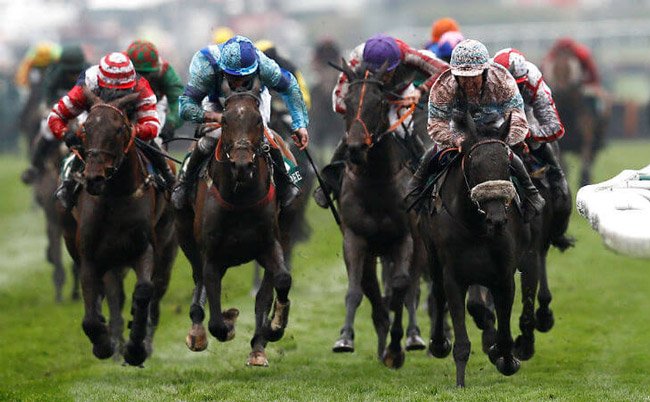 First run back in 1839, the famous, 30 fence steeplechase concludes an annual three-day festival at Aintree.

Richest horse race in the world

Overall, there is a ridiculous amount of money in this sport and the richest horse races mentioned above just act as proof.

However, to attract the best horses and jockeys in order to make great racing, organisers are required to pay out large sums of money. As long as the racing remains a great spectacle, I think the prize purses are acceptable.

One thing’s for sure, the biggest horse race in the world, the Dubai World Cup is going to take some beating…

Which is your favourite horse race in the world? Let me know by leaving a comment below right now.

Get access to the latest betting tips and tricks right now.

Charles is the founder of The Sure Bettor. He built the company with the aim of 'getting the word out' about matched betting.

The aim of this website is to help you pick more winning bets in order for you to maximise your betting profit.
You must be at least 18 years old to use this site.

If you are concerned about gambling at any point, visit either of these sites.