You may not have heard much about eSports but it’s growing at a rapid rate. It’s predicted to be a huge industry within the near future.

eSports simply stands for ‘electronic sports’ and it’s the name given to organised competitive gaming. Professional players and teams play video games against each other just like a football team play against another team.

It’s one of the fastest growing industries out there and it is not going to slow down any time soon. Events such as The International attract 1000s of viewers both live at the tournament and via online communities like Amazon’s Twitch.

The International 2016, hosted in Seattle USA, had a prize pool of over US$20 million. The winning team, Wings Gaming, took nearly half of that prize money home with them. To put this in perspective the total prize pool for The Masters golf tournament for the same year was just US$10 million and Danny Willett, the 2016 Masters winner, took home just US$1.8 million from Augusta. Considering that not many people know about eSports there’s already loads of money involved.

The future is looking very bright for eSports and everyone involved in the industry. The overall market is predicted to be worth $1.5 billion by 2020 with 385 million global viewers.

Premier League football teams are even signing professional players to represent them at tournaments across the world. In July 2016 Man City signed a player called Kieran ‘Kez’ Brown. Whilst he may not have played alongside Sergio Aguero he’s represented the team at many eSports tournaments around the world playing the well known game Fifa. He streams games live to Twitch and makes videos for Man City’s YouTube channel. There are a number of other well known teams that have completed similar signings.

Many betting companies are already getting in on the action and there are now betting websites such as EGB.com which specialise in eSports betting alone. You might be wondering how eSports betting works but in reality it’s just like staking money on any other sport. For example betting on a gaming team to win is exactly the same as betting on a football or rugby team to win. 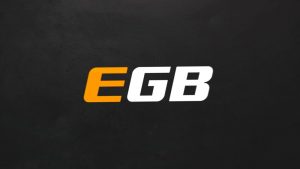 Pinnacle Sports are one of the biggest betting companies in the world. In 2010 they were one of the first companies to offer gamblers the chance to bet on eSports. Over the next four years they claimed their eSports market doubled year on year. In 2014 they passed their 1,000,000th bet placed on an eSports market. This made it their 7th biggest sport in terms of volume, ahead of Golf and Rugby.

There are a number of reasons why it’s currently difficult to use matched betting to make money from eSports. The major bookies like Bet365, SkyBet and Ladbrokes all have eSports available however, there are far fewer lay markets available at the betting exchanges.

Currently eSports are not available at Smarkets however, we got in touch with them about this and they said ‘eSports had been considered and may be added in the future’. We’ll be surprised if this doesn’t happen soon as betting companies can’t miss out on this potentially huge market.

Betfair, the bigger and older betting exchange, have a number of eSports markets available however the lay odds are currently quite poor. This will change as more people place bets on these markets and the liquidity grows.

As the popularity of betting on eSports grows the bookies will offer more promotions. Using matched betting we can potentially add these offers to our existing strategy and make a larger profit. Judging by how quickly this industry is taking off we doubt it will be long. Watch this space.

Find out how you can make up to £1000 every month online using matched betting.