With the Coronavirus outbreak still spreading rapidly through parts of the world especially Europe and the USA, everyone is having to get used to the new normal.

One of the main disappointments for a lot of us is the lack of entertainment in terms of football leagues and tournaments.

That’s why I’ve written this article, to try and put a time frame on when we might see professional sports and football return to our screens. (This is by no means factual and I’m certainly not a scientist…)

First and foremost, our thoughts go out to all those who are currently ill and suffering. Sport comes secondary at times like this.

Let’s put a positive spin on things and have a look at when European football could get started again.

The current state of play

As I’m sure you’re aware, all professional football has been suspended across the world.

With the speed that the virus is spreading, things are changing on a daily basis. It’s therefore difficult to say exactly when football may return.

However, we’ll have a look at the current timeframes below.

Teams in the English Premier League have at least 9 games remaining in the 2019/20 season.

Liverpool have all but won the league but there’s unsettled business at the other end of the table with relegation looming.

All sport in England was postponed until at least April 30. So as it stands, the Premier League will resume on May 2.

However, given recent events around Europe, this seems quite unlikely.

For all you football fans and punters I hope this is not the case but professional football should only return when it’s completely safe to do so.

There is some good news for Liverpool fans out there, however.

Euro 2020 has been pushed back a year, which allows time for domestic leagues to continue into the Summer and beyond if necessary.

Clubs agreed that the start of next season could also be delayed to ensure that the current 2019/20 season is finished.

So Liverpool are still likely to claim the title ending their gruelling 30 year wait.

What about other football leagues?

The situation is very similar in Spain. La Liga has been postponed indefinitely until the government deems it safe to continue without any health risks.

The country is currently in a state of national emergency which has been extended until April 11.

In terms of the league, Real Madrid trail Barcelona by 2 points with 11 games to play.

The Bundesliga has been postponed until April 2. However, this is likely to be extended as the outbreak continues to spread in Germany.

Bayern Munich lead Borussia Dortmund by 4 points at the top of the table with 9 rounds to go.

As you probably know, the state of emergency in Italy is considerably more advanced than in other European countries.

The entire country is in full lockdown meaning there’s no sign of any Serie A football matches anytime soon.

The current suspension is in place until April 3. However, this is undoubtedly going to be extended given current events in Italy.

Both the UEFA Champions League and Europa League have been suspended indefinitely. The finals of each event were originally planned for late May.

However, the coronavirus pandemic has meant both finals will be postponed indefinitely with no new dates set. 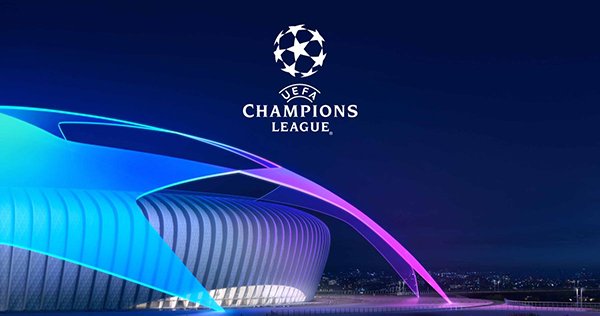 There is talk that the Champions League final may happen on June 27 with the Europa League final taking place three days before on June 24.

However, these are just rumours and nothing’s been confirmed by UEFA.

When it comes to restarting football leagues across Europe, there are a number of options available.

One of which is to restart sporting events and tournaments behind closed doors to ensure the disease is contained.

There seems to be some merit to this option and it should mean we could get back to action sooner.

However, it will be essential that all team members, managers and backroom staff are cleared of the virus before being involved.

Wait for the virus to disappear

The other option is that we wait for the coronavirus to disappear before getting back to action.

This is the safest option, but there’s no time frame as to when this could happen. No one knows when the virus will be over which could mean we’re waiting months.

All in all, we hope that sports and specifically football can get back to normal as quickly as possible. But this should only happen once it’s safe to do so.

The health of players, managers, staff and fans is far more important than sport itself.

What can you bet on?

If you’re still trying to place bets on football matches, there are certain markets available. Matches in the Belarus Premier League continue to go ahead.

With the lack of football fixtures, it’s also a great time to check out eSports betting. There’s a huge range of events to pick from and it’s a new and exciting way to place your bets.

New to eSports betting? Check out this article for further information and how to get started.

You can also continue to make money with matched betting by taking advantage of various casino offers and promotions.

Whilst there are very few football matches being played and it’s difficult to know when games will resume, there are still strategies and markets available for you to bet on.

Let’s hope this ends soon so we can get back to normal as quickly as possible.