With nine games completed for most of the teams in the NFL, we have now reached the midway mark for the 2019/2020 NFL-season.

With that, we are now going to take a closer look at how the teams have faired thus far this season, and what to expect with the remaining games left, before the playoffs.

On the upside, we find the 49ers, the San Francisco team who thus far are undefeated in the NFL league, with 8 victories so far.

With that, they are just ahead of last year’s Super Bowl winner, New England Patriots, who managed to beat LA Rams in what went down as the lowest-scoring Super Bowl in history, with an end score of 13-3.

Trailing the Patriots are New Orleans Saints, Green Bay Packers and Seattle Seahawks all of which have 7 winning games each but were the Saints have only 8 games played versus 9 games for both Packers and Seahawks.

The same can be said for the top two teams, where 49ers have as mentioned on 8 games played while Patriots have 9.

If we take a closer look at the two conferences in the NFL, we find both 49ers and Patriots claiming the top spot in their conference. In the AFC we have Patriots followed by the Baltimore Ravens, Buffalo Bills and Huston Texans. 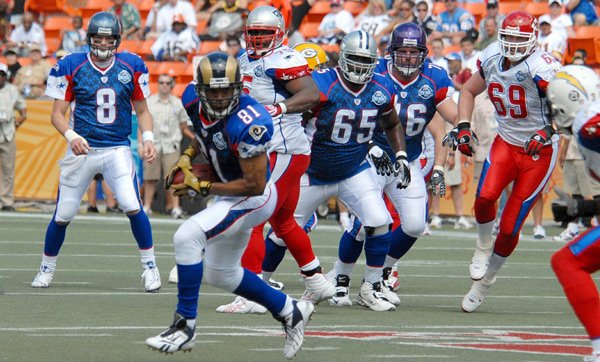 At the bottom of the NFC conference, we have Cincinnati Bengals, who have yet to win a single match this season, with 8 straight losses.

Just ahead of them we have New York Jets and Miami Dolphins with one winning game each where Miami who won their last game, to break their 7 in a row losing streak.

In the AFC conference, we have 49ers at the top with the Saints, Packers, and Seahawks not far behind. At the bottom of the conference, we find Washington Redskins and Atlanta Falcons, both who have managed to win 1 of their games so far.

Redskins with one more game played than the Falcons have 8 loses vs 7 for the Falcons.

With the second half of the season kicking off this coming Sunday, it’s still a battle for most of the teams when it comes to qualifying for the NFL playoffs. These playoffs take place just after the Christmas holidays, in early January following the conclusion of the regular NFL season.

The playoffs are to be held during the first three weekends in January, with the final week being a game free week for the teams that remains. It’s also then when the NFL Pro Bowl game is played.

Then during the first Sunday in February, the long-awaited Super Bowl 2020 takes the spotlight.

The two teams that manage to get there will first need to battle their way through the tough NFL playoffs, where each game is an elimination game. We will see 12 teams enter the playoffs, six from each division.

The playoff starts with the last four teams from each division playing each other where the winner then moves on to the next round. This is when the first, and second-team from respective division enters what’s called the division finals.

The winners here then move on to the conference finals and the winner from each final then are set to play in the Super Bowl.

The odds right now, halfway through the 2019/2020 season have the Patriots as the favourite, to win the Super Bowl for the second year in a row. The team is currently playing at 21/10 followed by the current leader, 49ers at 15/2.

After that, we find Green Bay Packers at 11/1, Philadelphia Eagles at 15/1 and Minnesota Vikings at 24/1. Least likely to win, which is also reflected by the odds are the Redskings, Bengals, and Dolphins playing at 1000/1.