Despite the first day at Glorious Goodwood not being very, well… glorious, the racing still lived up to the hype and produced some great results.

Let’s look ahead to day two of the festival where there’s plenty more horse racing to look forward to, including the feature race of the week, the Qatar Sussex Stakes.

To kick off day two at Goodwood, the 13.50 Unibet Handicap is set to be a great race.

Dubawi Fifty and Lil Rockefeller are the bookies’ favourites in the early betting. Dubawi Fifty, had a solid run last time out in Newcastle finishing second just behind Who Dares Wins.

Meanwhile, Lil Rockefeller hasn’t raced for 140 days and his last outing was nothing special as he weakened in the last furlong at Cheltenham to finish 10th of 25 runners. Maybe the rest will have done him some good.

Sitting just behind these two is True Destiny who won at York back in June. He’ll be looking to continue that form with David Eagan in the saddle.

With more race-winning contenders such as Timoshenko, The Grand Visir and Mancini all in the stalls, this is set to be a brilliant race. 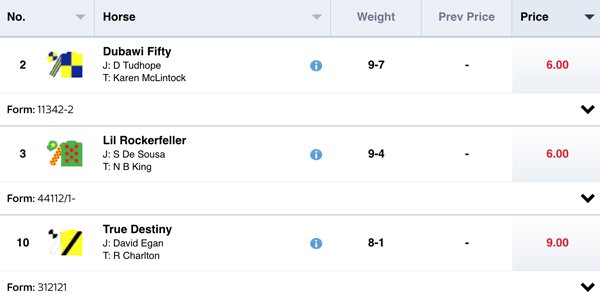 In short, another cracking race.

The relatively inexperienced Kosciuszko looks set to bounce back from a mediocre result last time out. He finished 5th of 11 at Newbury. Frankie Dettori takes the seat in this one.

Sir Ron Priestley has had a great 2019 so far, winning three of the four races he’s entered. He’s certainly one to keep an eye out for come Wednesday.

Expect a strong race from Desert Icon who’s also had a solid 2019 to date winning two of the four events he’s raced in. 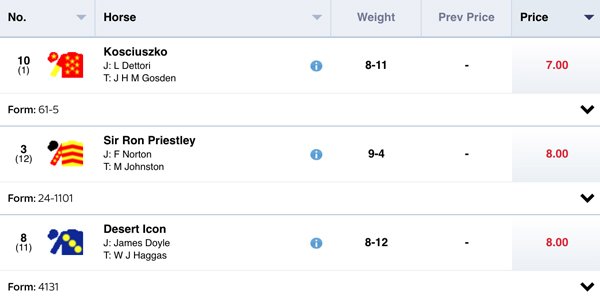 This looks set to be a two-horse race between Liberty Beach and Maven unless there’s a big upset.

Both horses have had a great 2019 so far with the speedy Liberty Beach easily winning her last outing at Sandown over 5f. The early betting favourite goes into this one with Jason Hart in the saddle.

The slightly less experienced Maven will be looking to carry on his brilliant career form winning 2 from 2 races. With Dettori in the saddle, he is a serious contender.

The even more inexperienced Hand On My Heart heads into this one almost an outsider. Having won her first race at Windsor in June, her team will be looking for another strong performance tomorrow.

With a prize purse of £1 million, this looks set to be a fiercely fought race.

Too Darn Hot heads into this one as the early betting favourite for Lord Lloyd Webber and his team. With Dettori in the saddle, he’s certainly one to keep your eye on.

John Gosden’s horse has not won over the 1m distance since his first win back in 2018 so we’ll wait to see how he copes come Wednesday.

Circus Maximus also looks set to contend for the Sussex Stakes win. Coming off the back of two great wins at Ascot and Chester earlier this year, Aidan O’Brien and his team will be looking for a similar performance from their 3 year old colt.

Keep an eye out for Phoenix Of Spain who will be looking to bounce back after a so so race at Ascot in June. If he can find the form that led to a win at Curragh earlier this year, the win is certainly within reach. Jamie Spencer again takes the reins for this one.

A slightly older horse with more experience, Lord Glitters will be another one to watch. After a so so 2018, Daniel Tudhope jockeyed him to a win in the Queen Anne at Royal Ascot earlier this year. With a third-place finish in this race last year, expect a solid run. 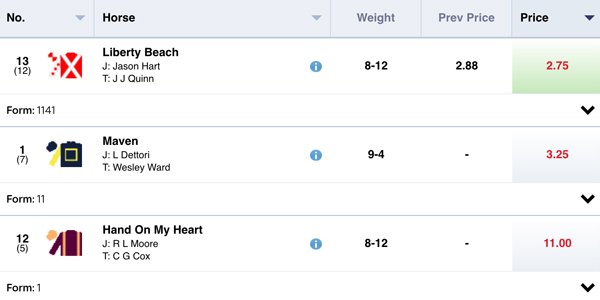