It may only be the start of the year, but the first tournament of the Grand Slam has already started. With the Australian Open now underway, tennis fans the world over are now turning their eyes toward Europe, where the next two tournaments will take place this summer.

First is the French Open in late May, followed shortly after by Wimbledon, the oldest and most prestigious tournament in the Grand Slam.

The 134th Wimbledon Tournament will be taking place in the British capital this summer, and millions of people will be tuning in to see who can snatch the £2.2 million prize money.

As well as being one of the largest gambling events in the sporting world, Wimbledon is also unique for its history, culture, and rules.

If you’re already getting excited about Wimbledon, read on to find out the most interesting facts, as well as some Tennis betting tips to help you out once June arrives.

Wimbledon, as the oldest and most well-known tennis tournaments, has its fair share of interesting facts. First launched all the way back in 1877, the tournament has been played at the exact same location in south London since 1922.

Since then, the tournament has become an icon of the sport. Every single year, more than 50,000 tennis balls are used over the course of the competition.

In addition, more than 28,000 kilos of strawberries and 10,000 litres of cream are consumed, given that they are the staple foods of the English summertime.

The last male British player to win the championship was Andy Murray in 2013, whilst the last British winner of the ladies singles was Virginia Wade all the way back in 1977.

Perhaps the most quirky fact about Wimbledon relates to the iconic all-white outfits that players have to wear. Rules stipulate that on the court, every player’s outfit must be at least 90% white.

This has caused plenty of controversies in the past, helping to etch those white outfits into our collective cultural memory.

The Martin Solveig song Hello is a cheeky nod to this rule, whilst famous online slot games such as Tennis Champion and Tennis Star also pay tribute to the outfits.

Tradition is the lifeblood of Wimbledon, and there are no signs that the notoriously strict judges will loosen up the regulations any time soon. 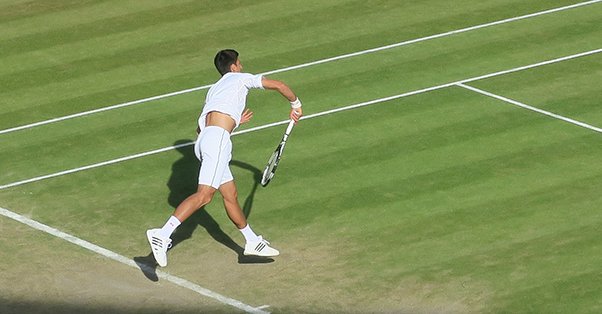 If you’re looking to place some bets during Wimbledon, there are a few useful tips that are worth taking notice of.

Firstly, it’s worth noting that betting on the big names to win outright will be unlikely to yield any worthwhile prizes.

If you’re serious about betting on Wimbledon, you’re better off playing the long game and spreading your bets over so-called in-play markets such as tie-breakers and correct score betting.

You should take into account several factors when betting on certain players. The grass on the court (Wimbledon always uses grass, the only Grand Slam tournament to do so) means that certain players will be at a disadvantage, especially if they are not used to the terrain.

As with any betting, conducting player research is therefore essential.

Wimbledon may not be until June, but we’re already getting excited. Make sure to do your research in order to bet successfully.