With Claude Puel sacked over the weekend by Leicester City, the 2015/16 premier League champions are without a manager.

So who are the favourites to take the new role and what odds can you get?

Leicester got off to a decent start in the 2018/19 season with a number of big wins against the likes of Man City and Chelsea. They were also sitting 7th in the league table over the Christmas period.

Ex-manager Claude Puel also led the team through a difficult period during the tragic death of chairman Vichai Srivaddhanaprabha. However, the football took backstage and things were put on hold.

Despite some reasonable results, Claude Puel was back on the ropes at Christmas time thanks to more unrest in the changing room.

A dreadful start to 2019 with four defeats in a row soon further rocked the boat. The pressure then really piled on Claude Puel. Since then, it’s gone from bad to worse for the Leicester man and the home record over the last 12 months has been dismal.

Leicester have lost their last 5 league games and were knocked out of the FA Cup by Newport County who play in League 2!

After the 1-4 loss to Crystal Palace at the weekend, the board had seen enough and the decision to end Puel’s contract was made on Sunday morning.

Dating back to the start of last year, things have been fractious in the changing room for a long time. The players, backroom staff and coaches disapprove of the way Puel tries to play the game and manage his team.

In particular, frontman Jamie Vardy has had a number of issues with Puel. Vardy was often left out of the team as a consequence.

After Saturday’s loss to palace, Vardy punched a dressing room door giving himself an injury in the process in anger at yet another home loss and Puel’s inability to change tactics.

Backroom staff and other coaches were also put under pressure. Puel would shut them down when suggestions about different training routines and methods were brought up.

All in all, it’s probably about time Claude Puel left the club before he does any more damage.

So who are the favourites for the new Leicester manager role?

The clear favourite for the new job, Rodgers is priced at 4/6. 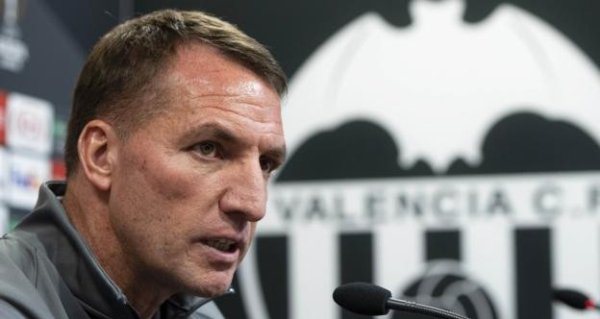 Leicester have already made a beeline for current Celtic manager Brendan Rodgers. However, he is firmly tied in with the club and Leicester would need to break his current contract.

A figure of £7.2 million has been suggested although Leicester have made no official move as yet.

Rodgers has been at Celtic for 3 years and has won 7 trophies in his time there. It appears Leicester made a move for him earlier in the year however nothing came from it.

Rodgers said “My job is to concentrate on the football aspect, and that is with Celtic. I’ve been stood here for two and a half years and I’ve been asked similar questions. My message is always very, very clear, I’m very concentrated on the game.”

Currently priced as the second favourite, David Wagner showed some great class to promote Huddersfield into the Premier League and to keep them there was an even bigger achievement.

Unfortunately he didn’t quite have the resources to keep them there in the third season and he left the club soon after. However, nothing can be said about his brilliant success during his time at the Terriers.

Whether Leicester want him and he wants to return to the Premier League is a different thing.

I guess we’ll wait and see…

The ex Leicester midfielder is a free agent again after his departure from Hibernian. The previous Celtic manager will be looking to get back to work again to prove he can still manage a big club.

Bringing a former player back has clearly worked for Man Utd. Could it have the same effect at Leicester?

Priced at 7/1, Appleton is another favourite to take the manager job at Leicester.

After being interim manager after Claudio Ranieri’s departure for just two games, I’m sure Appleton would love to take the job on full time.

His recent move to Hibernian Football Club was called off at the last minute, so he’s probably very excited to see Puel leave the club.