Once again, it’s that time of year when the tennis elite head down under to take part in one of the most anticipated tennis tournaments of the year…

Yes, it’s the Australian Open 2020 which takes place in Melbourne.

However, tournament organisers and players are facing tougher than normal conditions with low air quality, due to wildfires in Australia.

Let’s hope the tournament is not affected too much. 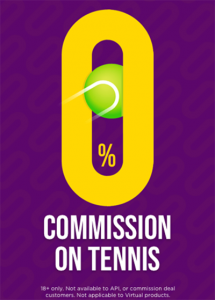 0% COMMISSION ON TENNIS AT BETDAQ

18+ only. Not available to API, or commisison deal customers. Not applicable to Virtual products.

So who are the favourites heading into the tournament and who should you look to bet on? Let’s find out!

There aren’t many tennis tournaments where Novak Djokovic isn’t tipped as the favourite… And the bookies think he’s got what it takes to win a record eighth title in Australia this year. 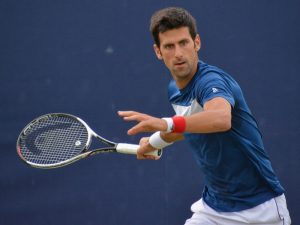 Ranked World No.2, Djokovic comes into the new year after a brilliant couple of years having won four out of eight majors in 2018 and 2019.

With most bookies pricing Djokovic at 6/5 or 2.2 in decimal odds, the defending champion is certainly a solid bet heading into the competition.

Priced at 9/2 (5.5 in decimal odds), the World No.1 Rafael Nadal is another favourite heading into the 2020 tournament.

Having lost to Djokovic in the final last year, he’ll be looking to go one step further in 2020.

Nadal heads into the tournament in fine form after a brilliant 2019 winning two majors and reaching a semi-final and final in the other two.

With the draw being held on 16th January, we’ll have to wait and see whether Nadal has an easy run to the latter stages of the tournament.

A new name that you may not have heard of before, Daniil Medvedev has recently come to the forefront thanks to a brilliant 2019 where he reached six consecutive finals including the US Open where he was beaten by Nadal.

He, therefore, heads into the Australian Open in great form. Most bookies are offering 15/2 or 8.5 in decimal odds.

With such strong competitors still around, Medvedev will need a brilliant tournament to win his first major.

You can’t write about a tennis tournament without mentioning the legend that is Roger Federer.

Having won just one major in the last two years, Federer will be looking to get back to winning ways in Australia. He last won the tournament back in 2018.

Federer is priced at 9/1 or 10.0 in decimal odds. Despite the odds being slightly longer than the other favourites mentioned above, you can’t rule out Federer.

Going in as a slight underdog will only help the Federer camp and he could be well worth a bet in 2020.

So what about the Women’s tournament?

Similar to that of Novak Djokovic, if Serena Williams is fit she’s likely to be the favourite for the tournament. And that’s the case for the upcoming Australian Open. 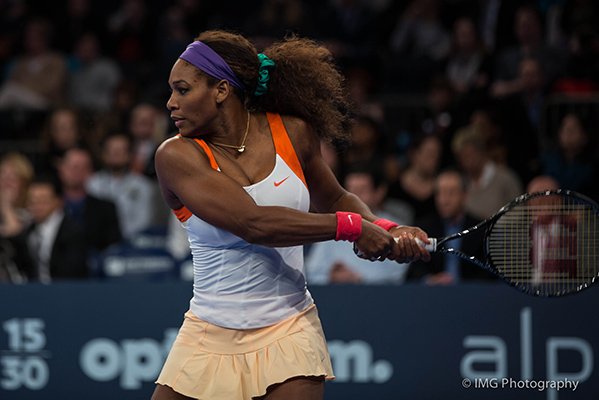 Having said that, Williams hasn’t won a major for the last couple of years with her last one back in 2017 at the Australian Open.

She’ll certainly be looking to get back to winning ways. Priced at odds of 3/1, you’d be a brave man to bet against Williams.

Another name you might not be familiar with is Ashleigh Barty. She shot to fame in 2019, reaching her first quarter-final at the Australian Open and then going on to win the French Open a few months later.

The bookies are giving her odds of 15/2 to win the tournament. Whilst these odds may look appealing, Barty will need a great tournament to beat the likes of Williams and Osaka.

The defending champion Naomi Osaka heads into the 2020 tournament in great form. The World No. 3 will be looking to pick up from where she left off in Australia last year.

With similar odds to that of Barty, Osaka could certainly be worth a bet as she knows what it takes to win.

Priced at 8/1 or 9.0 in decimal odds, Simona Halep is another player in contention. Having won two majors, one at Wimbledon and the French Open, Halep knows what it takes to beat the best and go all the way.

Having been knocked out the tournament in just the 4th round last year, Halep will be looking to go further this time.

Overall, the Australian Open 2020 is set to be a great tournament as long as the air quality doesn’t cause too many issues.

Looking to place profitable bets on the Australian Open this year? Check out our top tennis betting tips in this article.

Where’s your money going? Let me know by leaving a comment below right now.